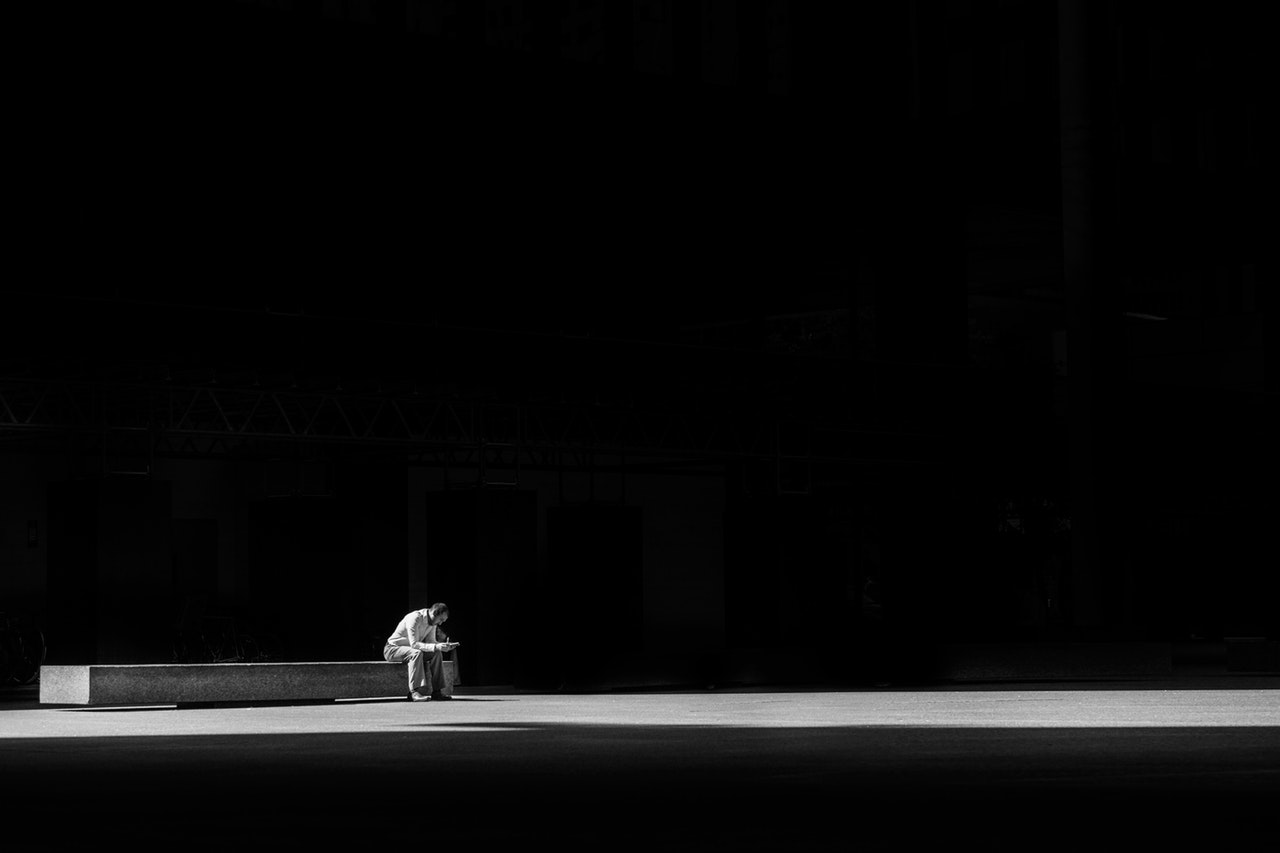 She regarded her classmates with gross irritation and anger. How dare they be so happy when she was devastated? They really got her dander up with what she considered their moronic perkiness.

She wondered what they were so happy about. Couldn’t they see that the world was anything but a happy place? All they had to do was look at her and they would know, her world was totally crashing in and everybody was expecting her to be in school and act like all was rosy.

Why she didn’t just skip today and continue her truancy was beyond her. She guessed it was probably to see their ugly faces again.

She tried to ignore her seat mate, Steve as usual. The boy always got on her last nerves, trying to talk to her about her truancy like he understood her problems. She could comprehend a teacher helping out but she found it laughable that a boy her mate was trying to figure her out, what could he possibly know about life?

He was no different from every other person in this class that slept on a bed of roses.

He couldn’t understand what it meant to be an only child of a drunken father and a prostitute mother who have told her more than once what a mistake she was; told her a million times she was cramping their style.

He couldn’t possibly imagine what it felt like to be constantly physically and mentally abused, he couldn’t begin to understand being the class joke because of the home she came from. He didn’t know anything, so she definitely didn’t need his help.

She was so used to being on her own anyway that she didn’t need his or anybody’s friendship. She just wished he understood that she preferred been ignored and if he wasn’t such a spoilt brat, he would have seen that.

She tuned out the physics teacher – the last period of the day – blabbing about heat or was it motion? She just didn’t care, she occupied herself instead with thoughts of how she hated this unfair world and wishing the bell would ring already, so she could leave this forsaken school.

When the bell rang to indicate the close of school, she almost shouted for joy and just as intensely wanted to curse when Steve called out,

“Lucia, wait up. I want to see you.” This boy couldn’t just keep to himself now, could he? Well, she hoped he was ready to be ignored because that was exactly what he was getting.

She quickly walked out, hoping to get lost in the crowd before he was done tidying up his books.

She was rejoicing at her luck when she saw him run up to her. “Come on, Lucia I told you to wait up.”

“I know you’d rather be left alone. I just wanted to say I am happy you are here today. I hope you keep it up. I know you are going through a lot but you don’t have to let where you are from determine where you are going. It will get better; I need you to believe that.”

That was all she had needed to hear, she flared up. “Stop telling me anything when you don’t know half of my problems. Here you are with your fancy life, probably living on the right side of town with perfect parents, pretending like you know what I am going through. I …”

“I do know what you are going through,” he cut in calmly. “Okay, maybe not exactly but I have an idea of feeling like the world is crashing in. I lost both my parents to a fire that I started, I was goofing around with a lighter at the middle of the night and somehow, I slept off. It razed the house, my parents were sleeping and before anybody could do anything, they were caught in it. I was the only thing, literally that came out of the house. Try living with the guilt of knowing you killed your parents then you can talk to me about problems,” he finished without inflection and walked away without looking back.

Lucia couldn’t believe it, he looked so happy she couldn’t have believed he was carrying that kind of weight on his shoulders. Here she was, mad at the world because she had abusive parents while he had worse problems and still found a way to live with it.

Don’t punish the world and push it away for the sins of a few persons. Receive help when rendered; you are not as alone as you think. 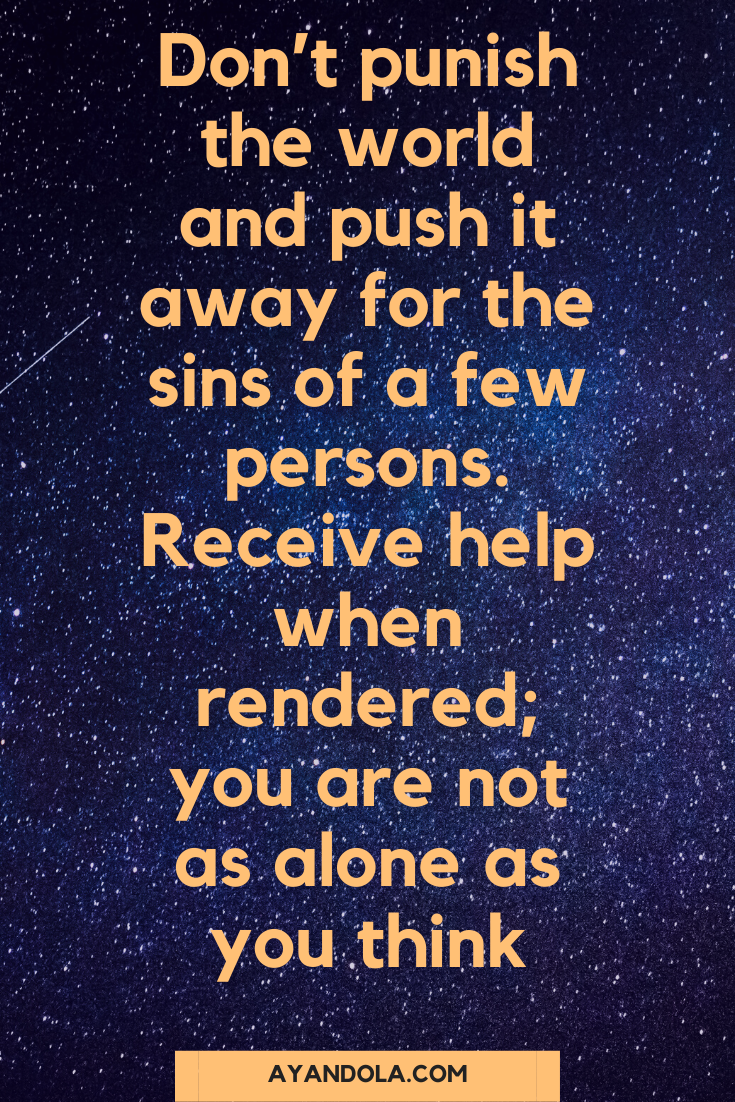