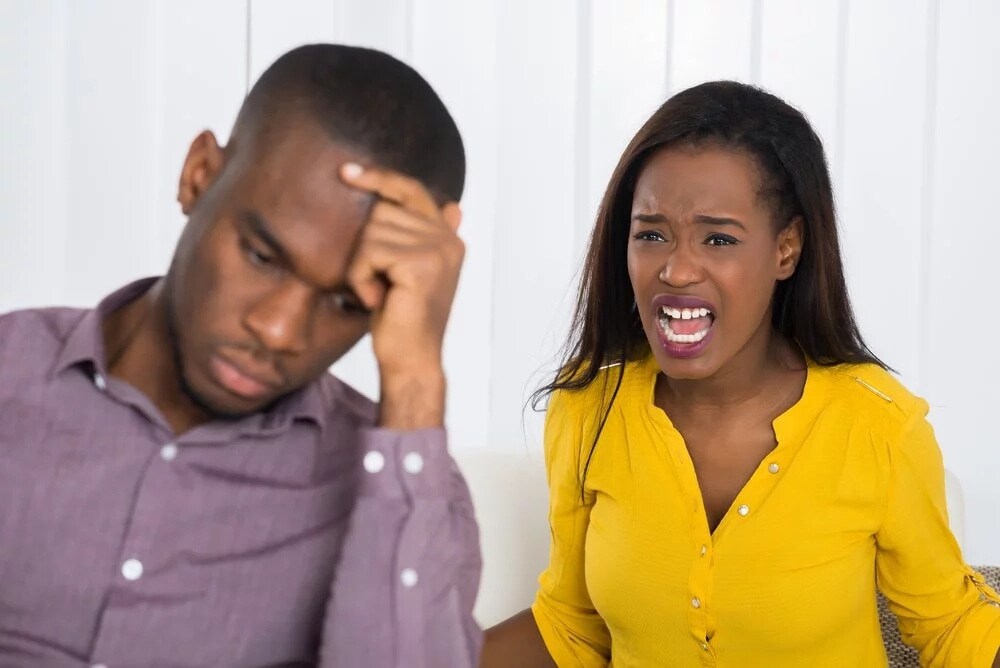 Society allows women to be vocal about whatever is bothering them because apparently, women are emotional. Men, on the other hand, are shamed for expressing their emotions.

So, a lot of men are not as vocal about issues bothering them as they should be. I believe you love your man and you want him happy. So, even if he doesn’t voice them out, you should try to find out things that make men happy and things women can do that annoy men so as to act accordingly.

If you are wondering that these things are; I have taken the time to highlight them for you.

Things Women Can Do That Annoy Men

I have seen so many pieces of advice on women saying what they mean and usually, and the writer includes that men are not very good mind readers. And I’m always wondering if they mean to say women are because we all know that’s not true.

Regardless of our gender, human beings cannot read minds; period. That is why you need to voice out what it is you want and don’t say something while you mean something else.

If you are in a relationship, let your man know what you are thinking, what’s bothering you and what you expect from him. Don’t keep quiet or say something different and expect him to get it.

He is not a mind-reader, just like you are not.

Even scriptures in Proverbs 21:9 says it is “better to live on the corner of a roof than to share a house with a nagging wife.”

Nobody can stand someone who nags and men definitely cannot stand a nagging woman.

Now, I’m not saying you shouldn’t voice your grievances. In the first place, you should not be in a relationship where you don’t have the freedom to communicate an issue that is bothering you.

However, the emphasis is on communication and not nagging.

When you are always hammering on an issue or you are so fussy; you don’t know how to let things go and you are completely intolerant, you are most likely a nag.

And it will take a saint to live with you and even he will likely get tired someday. We all want people who give us peace of mind, and men are not different.

Think about it for a second!

Can you change yourself?

Is it that easy to change a habit or personality you have developed over the years?

Then why do you think it is easy for him to change?

I will be the first to admit that I don’t keep people around who I cannot stand because I don’t see the need or have the time to take someone through a behavioural adjustment course.

Not only will it frustrate me, but it will also frustrate the person as well.

So, for any kind of relationship, I only have people in my life whose flaws I can handle or whose good side overshadows the bad and I accept them totally.

Nobody wants to be around someone who is constantly trying to change them or worse; make them into a different person and women, oftentimes, fall into that trap of thinking they can change a man.

You should accept that he isn’t meant for you and let him go if he is not the way you desire.

How would you feel if he was flirting with other women around you just to make you jealous? I’m sure it is not fun to watch; that is the same way he feels when you try to make him jealous.

Women sometimes feel the need to make a man jealous to confirm if he loves them or not. But the truth is you don’t have to make him jealous for him to have shown jealousy a time or two if he loves you.

But more than that, if he loves you, he will show it to you in his words and/or actions.

ALSO READ: WHAT LOVE IS NOT

If you were a teenager, this might not be so bad.

But if you are an adult who is looking for a serious relationship with a man, he doesn’t want a woman who is playing games.

Stop trying to manipulate him.

Stop saying one thing and meaning something else.

True, most men like to pursue and many women mistaken that for a green light to play hard to get but being pursued is different from playing hard to get.

There are so many reasons why you should avoid playing hard to get, especially if you are at a point in your life where you want something serious.

If a guy shows interest and you feel the same way, there is no need playing hard to get.

ALSO READ: IS PLAYING HARD TO GET EFFECTIVE OR NOT?

Being clingy is one of the things women can do that annoy men. If he is interested in you, he will love spending time with you.

But he will also want some space from you occasionally. It is not even healthy for both parties when your lives revolve solely around each other.

Let him spend time with friends and family, on self-development, his job/business and himself. He will respect and appreciate you for that.

For many years, women have been made to believe the man should be the sole provider while they sit pretty doing nothing.

Luckily, that narrative is gradually dying a much-needed death. Yeah, most men like to feel like the provider but men will always respect a woman who has something going for her more.

If all you are bringing to the table is demands, then he will soon tire of you. Have your own money and let his come as gifts and not as your source of livelihood.

Constantly talking about your ex is a major turn off. Sure, if past relationships come up or you mention him in passing over something that happened in the past, that’s fine.

But if he is all you talk about, you will give him the impression that you are not over your ex or you are comparing him to your ex; which is something that will hurt his feelings and his pride.

Looking at all the points raised, it is obvious that they are things that would annoy you as a woman as well. Men and women are not as different as society likes to think. When we look at it this way, we will be able to treat everybody the way we want to be treated.

So, next time you are having issues in your relationship, you may want to consider if this is on you and you are doing some of the things women can do that annoy men.